Urban Decay , you know how to steal a girl's heart! The cosmetic brand, which is famous for its Naked makeup palettes , is on a freaking roll this month. It keeps announcing the launch of one incredible new product after the next; making both us and our bank accounts weep (the former out of joy, the latter at thought that we'll be living on PB&J for the near foreseeable future.) First came word of the brand-new Vice lip palettes , featuring shades both daring and demure, and then, last week, it revealed the Naked Ultimate Basics eyeshadow set , with 11 amazing mattes and a new color that's destined to be a highlighting go-to. 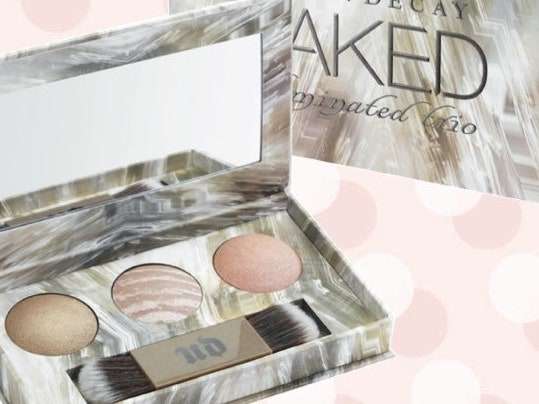 And now, it's given us Christmas in July August: In a photo UD posted on its Instagram account, the brand revealed its entire upcoming holiday collection. (Yes, beauty brands are already planning for December while we're still lounging on the beach.) While we're dying over just about every single product in the bunch, one new palette in particular from the pic really stands out. It's called the Naked Illuminated Trio, and it's basically a highlighter-lover's dream .

Here's what we know so far about the Illuminated palette so far:

The palette is an addition to the Naked Illuminated Shimmering Powder for Face and Body line that Urban Decay already sells. (They're currently sold in single compacts and come in three different shades—Luminous, Aura, and Lit for $32 each ). The powders are shimmery and lightweight so they don't give you the dreaded highlighter overload—and you can use them all over your body (hello, collarbone!).

There are three totally new shades in it. While fans of the current three shades might be bummed their favorites aren't grouped together here, we suspect once you play with these you won't be disappointed. The colors: Pyrite (a golden champagne), Oasis (a marble frosted taupe), and Twilight (an iridescent pink). 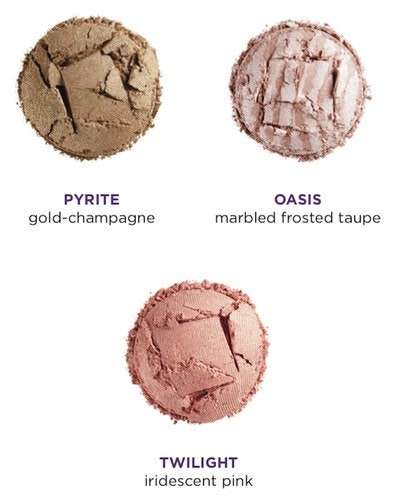 We reached out to the brand, and while it isn't revealing any more info just yet, we’ll be sure to update you when more details are available. We're hoping we won't actually have to wait for the holidays to get our hands on this!

The Hair Texturizer You Never Thoug...

The One Thing Hair Colorists Wish...