Meet Manny Gutierrez, The First Man To Star In A Maybelline Campaign

Celebrating Manny Gutierrez is exactly how we should be ringing in 2017. Earlier this morning Maybelline announced its new ad campaign for its Big Shot Mascara by Colossal, along with two huge firsts for the brand. Not only has it teamed up with beauty influencers for the first time, but this also marks Maybelline's first-ever partnership with a man as the star of a campaign. And if you're a fan of Instagram beauty, we know you'll recognize him: Manny Gutierrez, or you may know him best from his social media handles, @MannyMUA733 . Our current mood is basically the praise hands emoji. 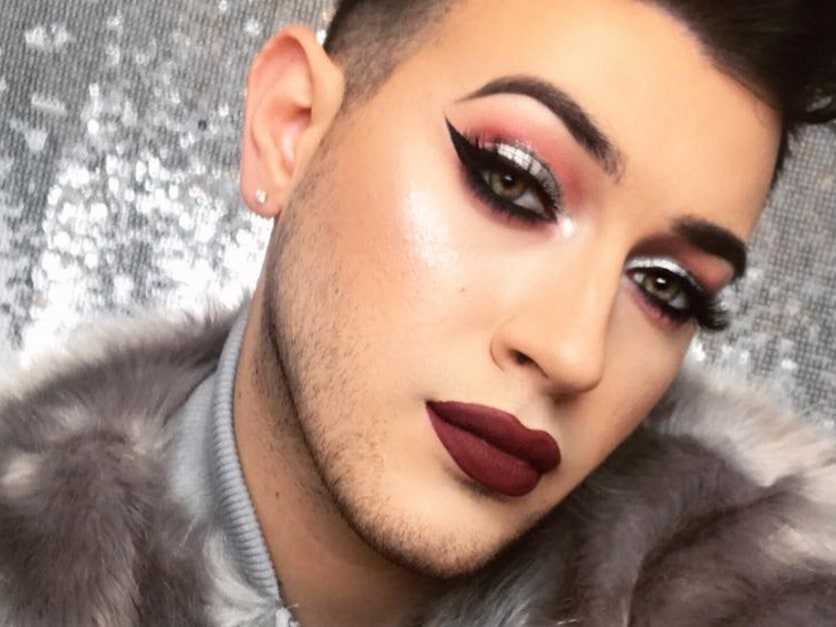 After decades of limiting makeup ads to women, beauty brands are finally getting the hint that makeup isn't just for girls; it's for guys too. Back in October CoverGirl named James Charles its first CoverGuy, and brands like Milk Makeup and Anastasia Beverly Hills have been featuring men in advertising campaigns and on social media for a more universal and inclusive approach to beauty. Even Giorgio Armani launched a gender-neutral lip balm called Him/Her Lipcare this past fall.

Manny, a beauty vlogger and social media influencer with almost 3 million followers, stands by his mission to provide makeup advice and inspiration to men and women. In a statement, he said he was “thrilled to be able to work with a global brand like Maybelline that is recognizing male influencer talent and is willing to shine a spotlight on it.” His inclusion in a nationwide ad especially hits home following the Internet backlash that went down this week over ASOS' choker necklaces for men. (As writer David Yi over at Allure put it, the backlash "promotes the dangerous sentiment that men are supposed to adhere to hypermasculine culture.") As we continue to celebrate beauty as a way for women to express themselves, it's equally important that men have the same right—whether that's getting the peace of mind of being able to dab a zit with concealer or the freedom to wear a full face and falsies.

For this specific campaign, Manny's encouraging everyone, no matter their gender, to "lash like a boss." While the text-speak might come off a little cheese for some, the underlying message isn't lost: Makeup is for anyone who wants it, no matter how they identify. Check him out in one of Maybelline's videos, which also stars beauty influencer Shayla Mitchell ( @MakeupShayla ), below.

There's still a long way to go in the beauty industry , but we look forward to the day when a man wearing makeup doesn't even require a story written about it. Moves like this are a part of the way we'll get there. Kudos, Manny and Maybelline!

Related Stories: - 17 Beauty Trends That Are Going to Be Huge in 2017 - Equinox's New Ads Feature a Model With Double-Mastectomy Scars - Why We Need Women to Be Creating More of the Fashion and Beauty Images We See