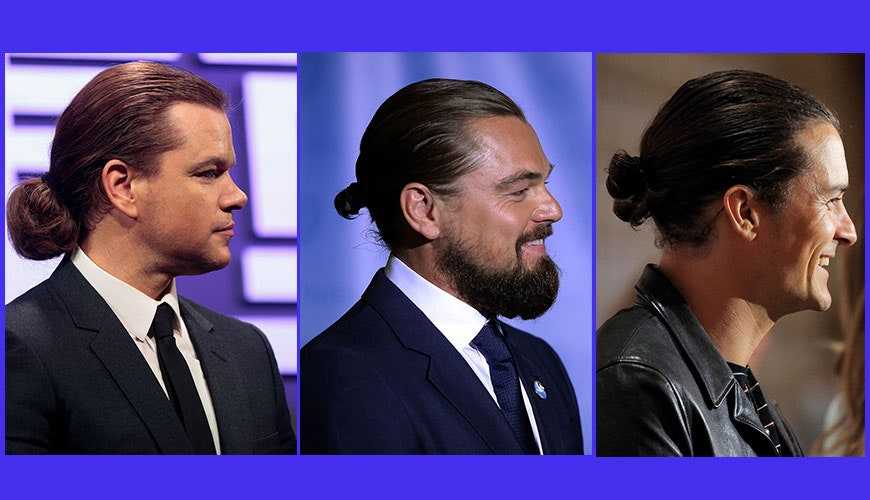 Matt Damon is now rocking a thick man bun. Typically he wears his hair in a short, shaved cut, but at a press conference for his latest film Jason Bourne he showed up with really long hair thanks to the help of extensions . The last time we saw him rocking long strands was back in 2015, when he wore a ponytail for his movie The Great Wall. Damon wasn’t shy about revealing his hair secrets, and he explained it all while on The Graham Norton Show . “There were 700 hair extensions,” Damon confessed. “It was a full day to put them in. They flew somebody all the way to Beijing to put them in.”

Damon isn’t the only star that’s making a strong case for the man bun. A-listers like Leonardo DiCaprio and David Beckham have also worn the cool updo in the past. Some people love a great man bun while others aren’t quite fans. Either way, we can all agree that these guys are handsome regardless of how they wear their hair.

Let’s pay tribute to the iconic style by taking a look at a few our of the iconic man buns of our time. 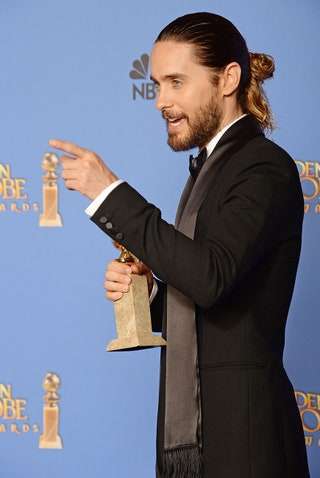 Jared Leto’s slicked-back bun from 2014 will always have a special place in our hearts. 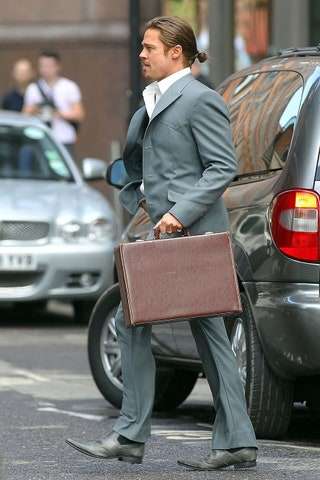 Brad Pitt’s bun may have been tiny, but it made a big statement back in 2012.

In 2015 Harry Styles redefined boy-band style with his effortless updo and red headband.

Colin Farrell gave the topknot a try back in 2013, and we were obsessed.

David Beckham, one of the founding fathers of the man bun, was ahead of the trend in 2003.

Leonardo DiCaprio traded his baby-face look for a full-grown beard and bun combo in 2014.

Orlando Bloom pulled his hair up into the infamous style in 2014.

And Matt Damon took the trend to the next level in 2016 by using extensions to create his look.

8 Lip Powders That Will Replace...