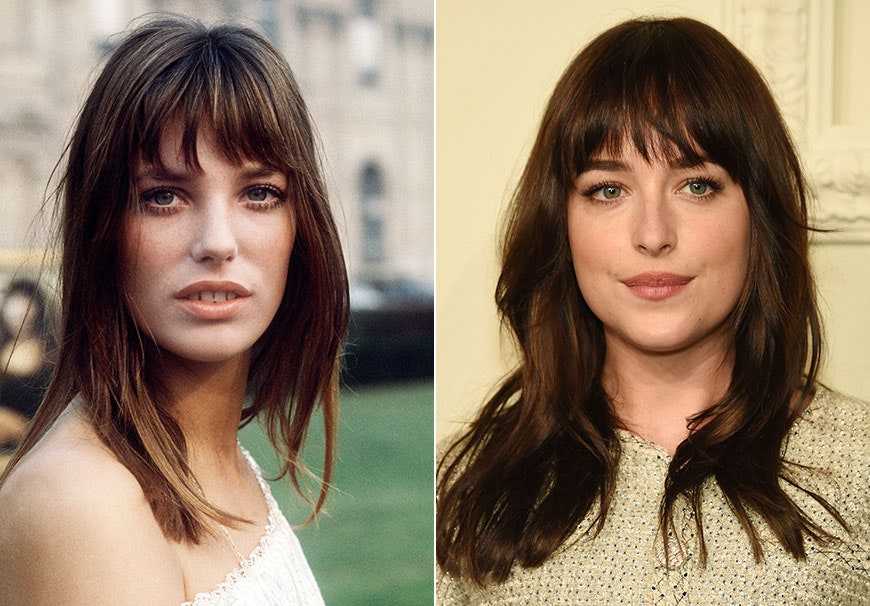 Long before Jane Birkin had an Hermès bag named after her in 1984, her hair helped put her on the map, prompting women everywhere to ask their hairstylists for the "Birkin Bangs." Dakota Johnson's reminiscent style is choppier and slightly asymmetrical, striking the perfect balance between sultry and sweet. 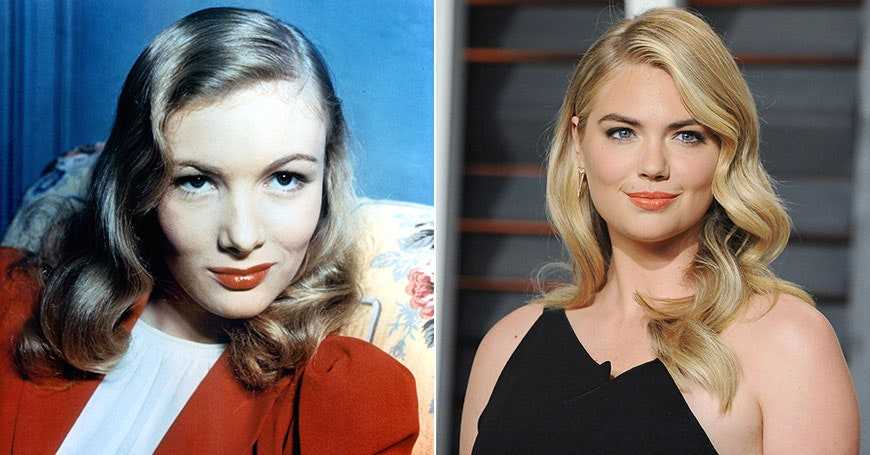 Over half a century later, Veronica Lake's glossy curls still inspire many a red carpet look, as evidenced by Kate Upton's recent 'do. Veronica's deep side part and touchable texture seamlessly translate to Kate's recent Oscars' party style. Kate, however, simply tucks one side behind the ear to draw attention to her eyes even further. 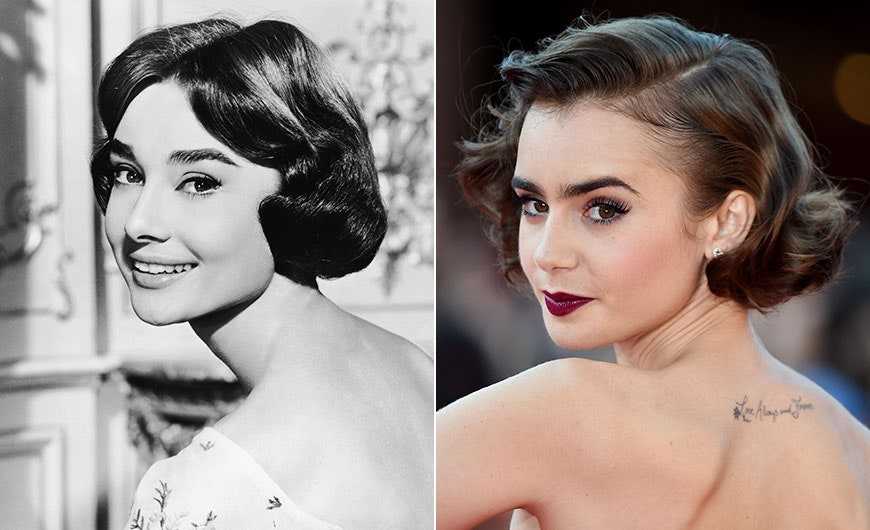 A heart-shaped face, killer brows and big brown doe eyes aren't the only things Lily Collins and Audrey Hepburn have in common. In fact, Audrey's seems to have been the muse of many of Lily's hair transformations—from pixies to baby bangs to this gorgeous short and curly bob. Alternate the direction of the curls to keep the sculpted style from looking too perfect.

Nina Dobrev updates Brigitte Bardot's girly bow hairstyle with a tad less volume and brushing her hair off her forehead to show off her pretty features. The just-got-back-from-the-beach texture, however, always works.

Shortly after the natural brunette revamped her image as a platinum blonde, Marilyn Monroe experimented with a curly pixie 'do by slicking back the sides and keeping the crown curly and voluminous. Scarlett Johansson's modern take is equally as chic, but an undercut on both sides gives her look an edgy twist.

The '80s wasn't a decade of understatements: The clothes were louder, the makeup was more colorful and the hair was bigger than ever thanks to perms and copious amounts of hairspray. Solange's take on Cher's super-curly style feels new by adding a striking center part and steering clear of face-masking bangs.

Alexa Chung and Debbie Harry both nail the perfect off-duty look: Effortless, wavy bobs with lots of movement, groomed arches and a swipe of lipstick. Alexa's cool-girl bangs offer the style even more versatility, whether she pushes them off to the side, parts them in the middle or fluffs them out across her forehead.

Twiggy and Charlize Theron's identical blonde pixies look great paired with a sweater and jeans as it does with a red carpet gown. By keeping the length slightly longer in the back like Charlize, it helps the growing out process become a little less awkward.

8 Fresh Ways to Wear a Ponytail...