5 Eyeliner Hacks That Helped Me Nail a Perfect Cat-Eye

It’s no secret that I tend to have a little bit of trouble when it comes to crafting a cat-eye look. Usually I can manage to keep my hand still enough to draw a straight line across my eyelid, but when it comes to getting that end flick just right, it’s pretty much impossible. Despite my best efforts, my flicks either end up way too far from my lash line, or way thicker than intended (a la Amy Winehouse). 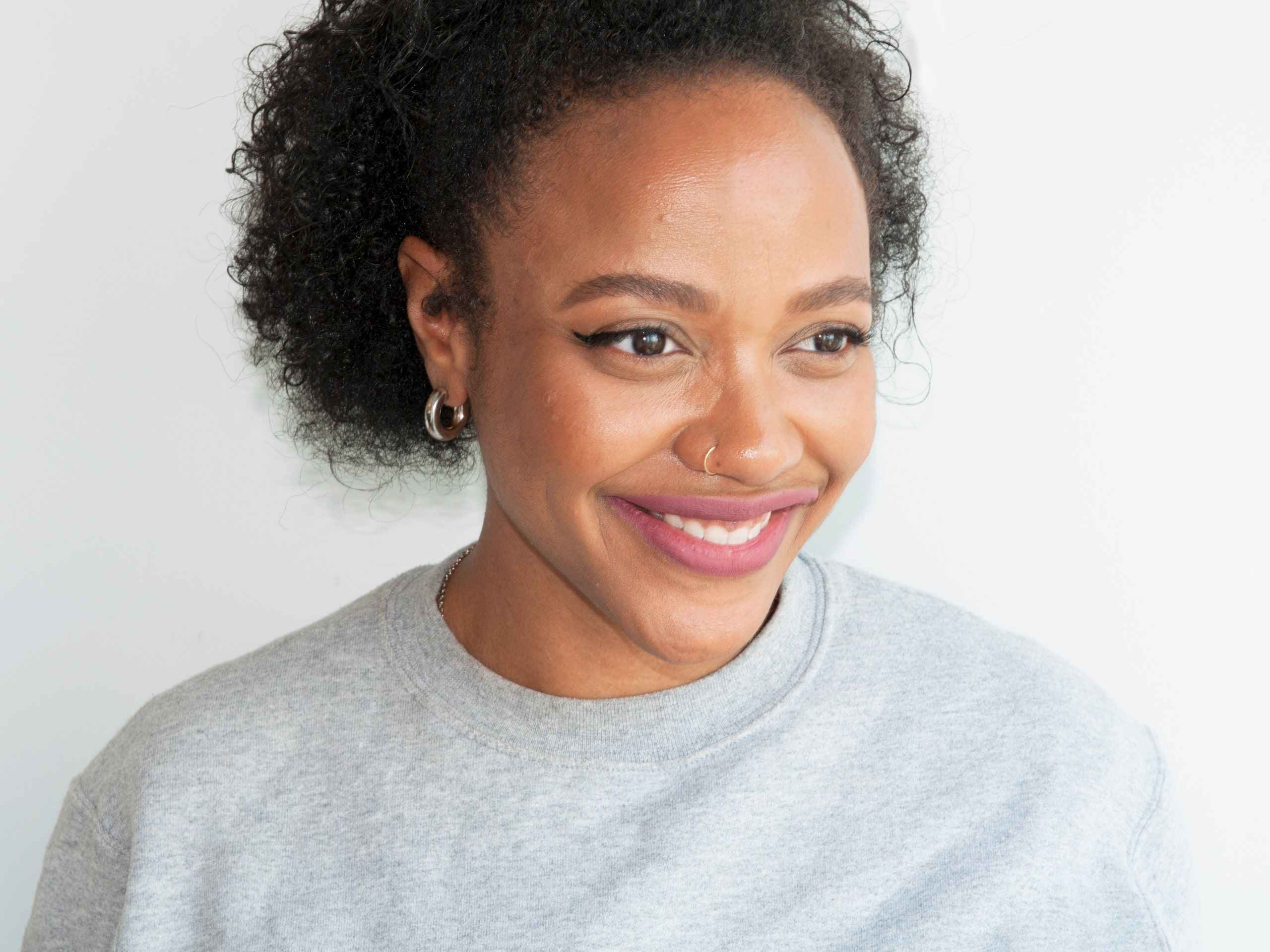 Thankfully, since we live in the Internet age, I had no trouble finding online hacks that promised to help me perfect the flick once and for all. Many of the winged liner hacks I found were a little bizarre, but I found five that are definitely worth testing for yourself. 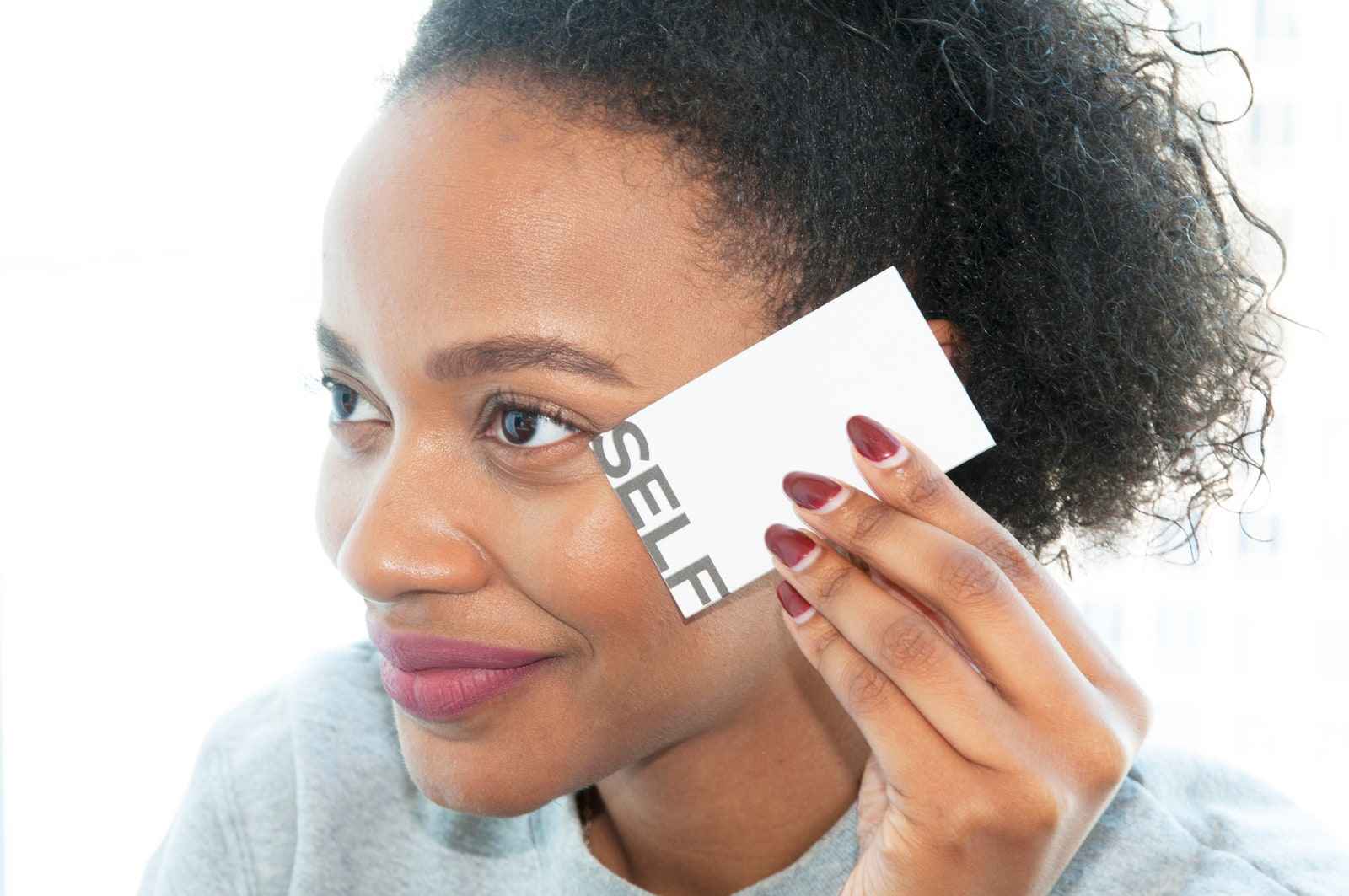 As I definitely don’t hand out business cards as frequently as I should, there’s a stack that sits on my desk just waiting to be used. With their straight edges and sturdy construction, business cards make for a great assist on the journey to an expert-level wing. After trying this hack out, I realized that keeping business cards at the ready serve a dual purpose: an easy way to network with new people and a quick tool for drawing a super precise wing in a hurry.

I freehanded a line across my top lid, then lined up a card next to the end of my lash line at angle where I’d want my actual cat-eye to be drawn. Next, I drew an upward stroke against the card that connected to the end of the line on my lid and voila! 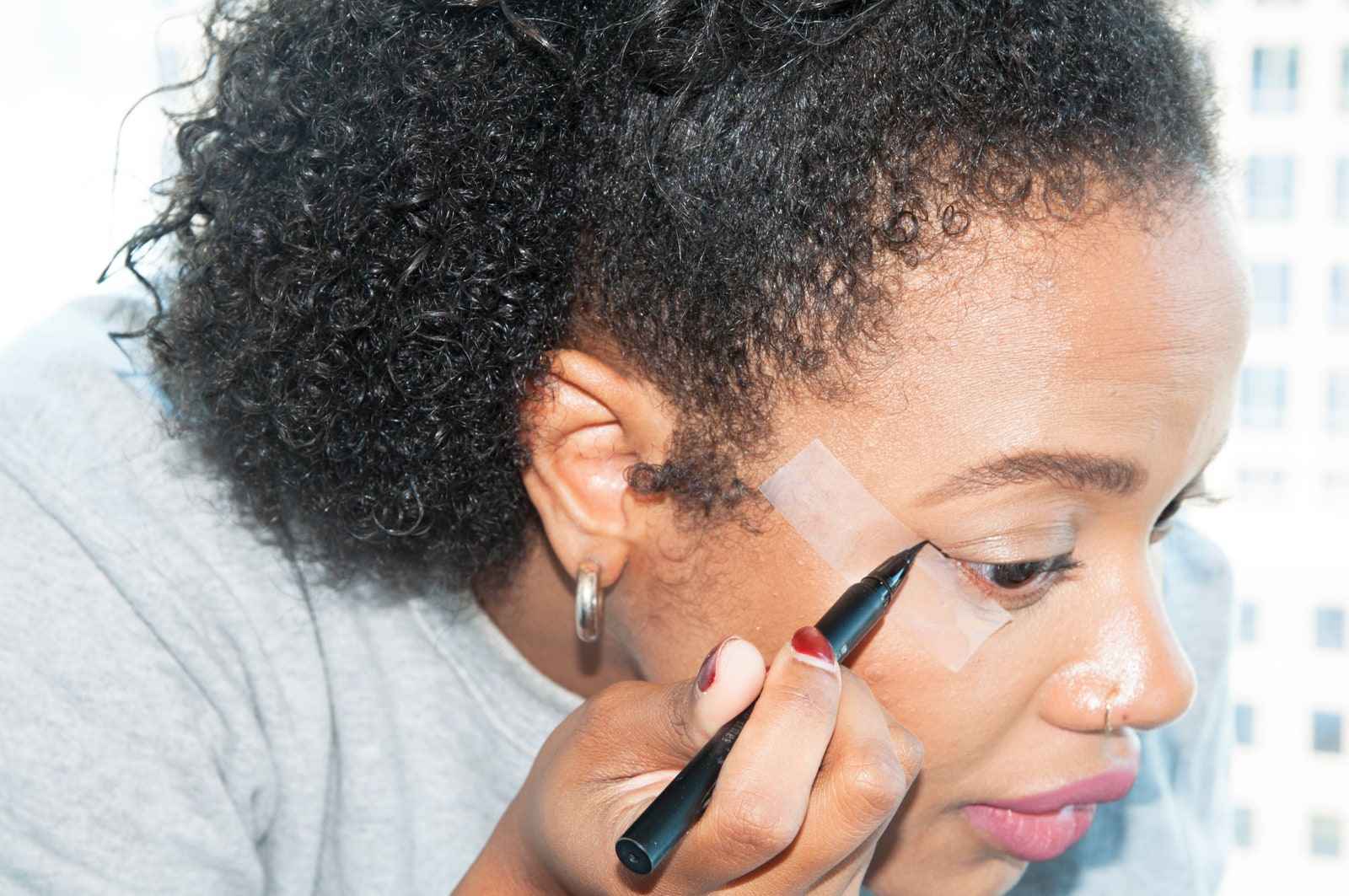 I’ve seen this eyeliner hack a bunch of times while scrolling through beauty sites on the internet, but never attempted to try it until now. To be honest, I was always a little nervous to use tape near my eye area, but also a little curious about how precise my makeup would look if I did.

I used two small pieces of tape—one on each eye—and lined each up at an angle next to my lash line. After drawing a line across my eyelids, I used the tape as an excuse to be as messy with my wings as needed (the tape acts as a barrier against any mistakes). Midway through I decided to use two pieces of tape per eye, one near the top lid and one angled at the bottom, filling in the space in between to make my cat-eye. And it worked. After (carefully) peeling off the tape, I have to say my cat-eye look was definitely fire.

There have been countless times where I’ve successfully drawn a smooth flick just to look in the mirror and realize one side of my winged liner is higher than the other. With this hack, you start by drawing a dot next to each eye where you want the flick to end. That way you can make sure they look even before you draw the actual wing. It may seem super basic, but drawing these guideline marks really helped me to even out the height of each wing to ensure they were level.

Before starting my normal eyeliner routine, I used the tip of my liner pen to draw one dot next to each eye where I wanted the end of each wing to go. I drew up from my lash line to each of the dots. Then, I drew a line across the top of my lid that also connected to each the dots, forming a sort of hollow triangle outline of the wings. Lastly, I filled in my outline to finish off the look.

I had never thought of using a spoon for winged liner, but after I watched a YouTube video where someone demonstrated the technique, I knew I had to try it. PSA: Using a spoon—I used a plastic one—is a total liquid eyeliner application game-changer. I wouldn’t quite say the process is easy, but it’s certainly effective.

I lined up the spoon’s handle at the edge of my lashline and drew an outline of the bottom half of my wing. Next, I placed the spoon scoop side down on the top of my lid, and drew a line across my eye. It definitely felt awkward holding a spoon against my lid and applying liner, but after a while I got the hang of it. Since the section between the beginning of the spoon’s handle and the end of its bowl has a slight curve, it’s easy to follow it to a successful cat-eye. After drawing a line on the top of my lid, the spoon basically did the hard part for me by connecting it with the first line I drew next to my lashes. To finish the look I filled in my wing. The whole thing took all of three minutes.

Created by the inventor of my beloved Beautyblender , the Vampstamp is a handy tool made specifically for winged eyeliner styles. All you need is a pot of liquid eyeliner to dip the tool in and a steady hand, and in five minutes or less you’ll have cat-eyes so good actual cats will probably be jealous.

After drawing a line across the top of my eyelid I dipped the wing stamp in my eyeliner pot, then hovered near the edge of my lash line to line the tool up properly. Once I decided I liked where it was positioned, I stamped the tool near my eye, which created the curve of a flick. Lastly, I connected my initial line across my eye with the flick and repeated on the opposite side.

5 Edge Control Mistakes That Are...