5 Edge Control Mistakes That Are Hurting Your Baby Hairs

I know I’m committing a major black-girl sin by coming for beloved edge-control gel, but I’m on a rampage to stop traction alopecia —so let me drop this knowledge. I’ve been getting my edges laid since I was a young girl sitting between my mom’s legs, getting cornrows, and watching The Lion King . Back then the product of choice was Let’s Jam. My mom would use a brush to slick the gooey black gel around my hairline when I’d wear Afro puffs and ponytails. Twenty years later, baby hairs and slicked-back edges are still in fashion. I would even say even more so now that wigs and natural hair are the norm. 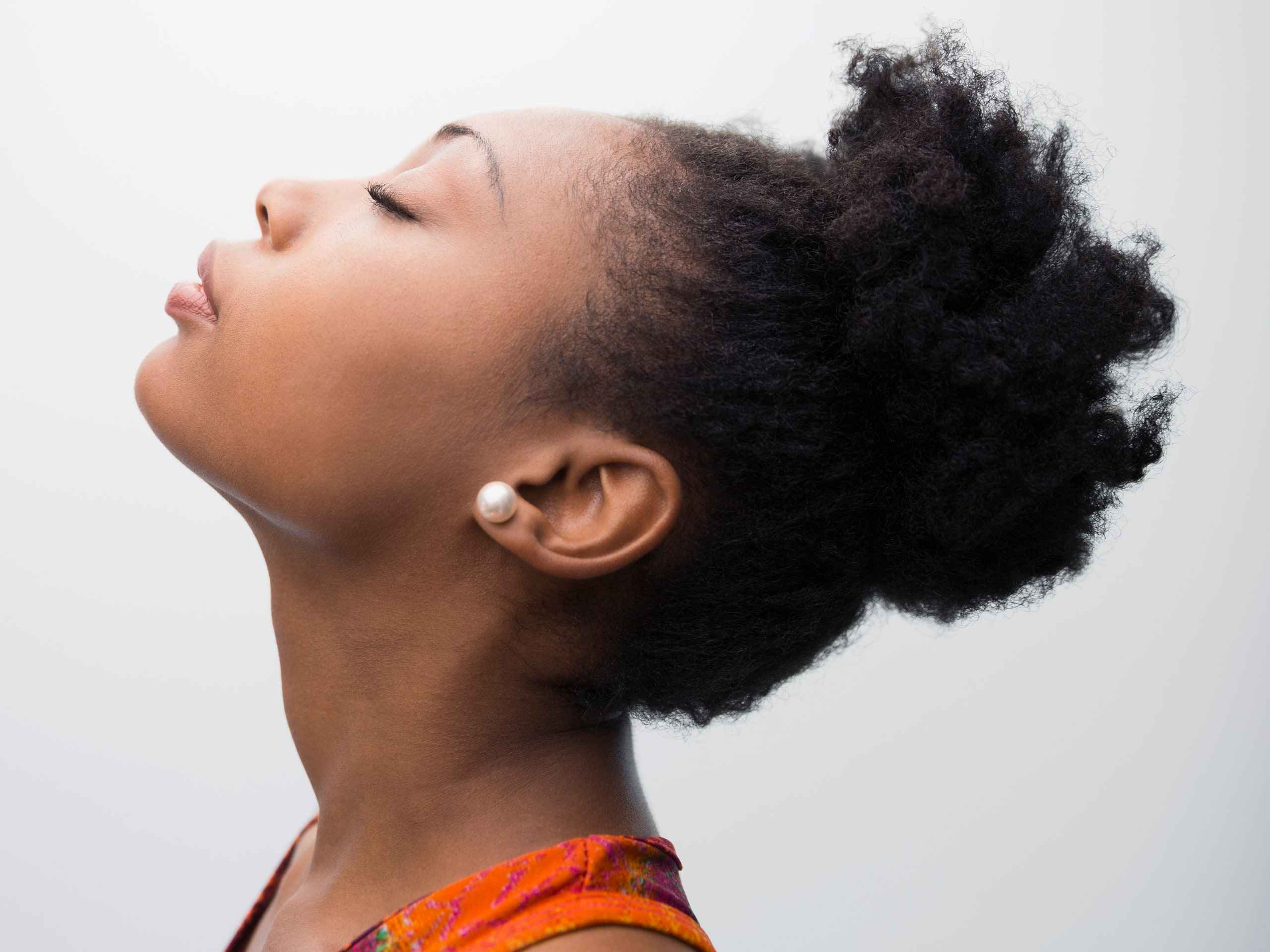 But beware: Your should use edge control products sparingly.

Most edge control gels are made with alcohol. “In some products, alcohol serves as a means to provide fast drying of the product on the hair,” says Rolanda Johnson Wilkerson, Ph.D., one of the scientists behind the Pantene Gold Series Collection. “Alcohol dries and evaporates quickly, it can effectively leave holding ingredients on the hair’s surface.” That’s exactly what you want your gel to do—dry quickly, hold fast, and keep hairs in place.

But the problem is that some alcohols can be drying to the hair. “Because alcohol is oftentimes used in styling products for providing hold, the hair may feel drier if styling products are layered in repetitive use and not washed out,” says Wilkerson. Not to mention, that the hair around the hairline is particularly prone to damage. “The hair around the hairline can be finer and shorter than the terminal (thicker) hair on the rest of the scalp for some people,” says Wilkerson. “This fine, shorter hair on the hairline can be prone to breakage especially if there is traction or harsh mechanical forces on the hair from brushing.”

In fact, dermatologist Michelle Henry, M.D., says the combination of alcohol-containing products and slicking hair back is what really does the damage. The edge control gel makes the hair dry, and then, "adding tension to hair that is dry can break the hair.”

But I know, it’s a lot to ask to give up edge control gel and updos completely. Hell, I’m wearing an Afro puff slicked back with Eco Styler Gel as I’m writing this story. So, here are some common mistakes to avoid if you want to keep your edges intact.

“Get an edge control that is moisturizing, not one with a ton of alcohol or fragrance,” says Dr. Henry. “I like the ones that aren’t super max hold, which tend to have more alcohol and aggressive ingredients." When it comes alcohols, look for what Wilkerson calls fatty alcohols like cetyl alcohol and stearyl alcohol that provide conditioning benefits to the hair.

Sometimes getting the best puff or updo requires the extra grip of a stringent brush. But that’s extra tension! Instead, use something soft like an old toothbrush. “I like to mist hair with water, apply a dime size amount of edge control gel to the hairline, and gently brush it into the hair with a toothbrush or edge brush,” says Diane C. Bailey, celebrity stylist and SheaMoisture brand ambassador. “Follow by covering hair with a satin scarf and letting it set for 15 minutes.”

“Avoid sleeping with edge gel in your hair and rinse at night,” says Bailey. “Leaving edge control in overnight may cause tension on edges as well as clog pores on your scalp.” On the other hand, Dr. Henry says it’s not necessary to rinse every night, but at least try to break up the product with a comb. Another way to cut down on the friction between slicked back edges and the pillowcase as you toss and turn is to wear a silk scarf of bonnet over your style.

Applying gel every day without rinsing the old gel can cause buildup. Then, you're causing damage and still won’t get the results you’re looking for. Lose-lose.

Wearing hair slicked back constantly—even if you're trying to be gentle—means your hair is always under tension, and in the long run, that's going to cause breakage (I know, I’m sounding like a broken record). So try swapping in styles that are loose , and using products with less hold, giving the hairline a break. “To avoid putting too much strain on edges, I recommend rotating between a butter and an edge gel,” says Bailey. “For finer hair, opt for a hair milk.”

5 Eyeliner Hacks That Helped Me...