When Krystal Robertson tried Rihanna's Fenty Beauty line in September she didn't know she was about to find perfect foundation match for the first time ever. And she definitely didn't know she was about to go viral. "I'm freaking out," the Mississippi nurse and makeup enthusiast posted on Instagram after finding that one of the lightest of the 40 Fenty foundation shades was just right for her skin. The discovery was no small feat. Robertson has albinism and had never before found a makeup product that worked so well for her. "It's a new world," she added. 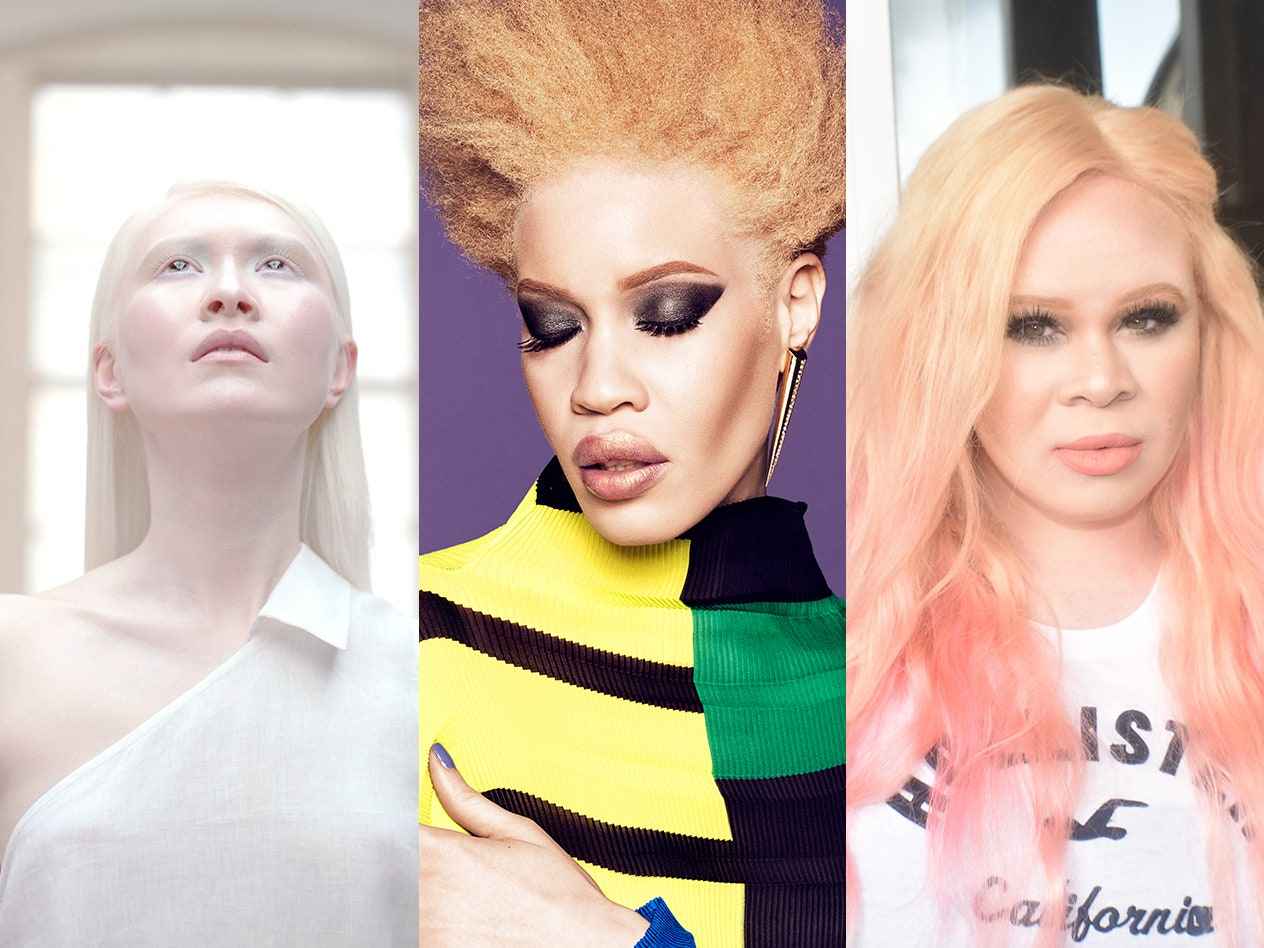 It's no question that the beauty industry has something of a representation problem . Fenty launched in the fall to much fanfare and excitement, with Rihanna saying that she had set out to create a makeup line "so that women everywhere would be included." Usually the conversation is about the lack of dark shades for women with deeper skin tones. But as Robertson's viral post shows, finding a match is a problem for people at the other end of the color spectrum, too.

Albinism, a genetic condition that results in little or no pigmentation of hair and skin, affects approximately one out of every 18,000-20,000 people in the U.S., according to Albinism.org . We spoke to three women with albinism about their daily beauty routines, the challenge of finding a shade that feels right, and how they feel their most beautiful. 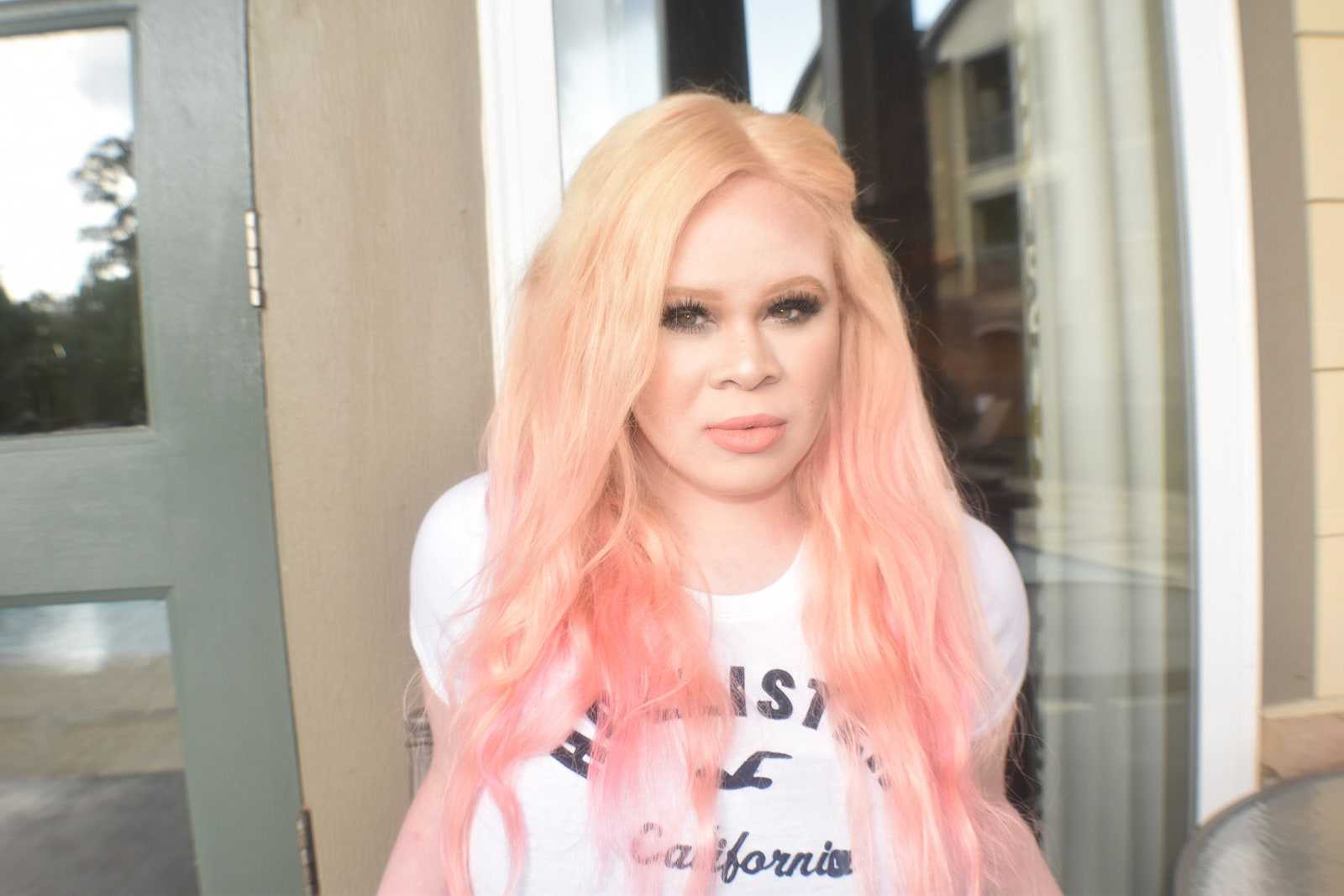 Living in the small town of McComb, Mississippi, an hour drive from any Ulta or Sephora store, Robertson says she couldn’t try Fenty foundation before she bought it online, but she had hopes that there was a shade that would match her skin tone .

“When I realized the foundations I was using weren’t matching my neck I would just go without, or I would try to make it match," she tells SELF. "The Fenty Beauty foundation has really been a game changer for me. It gives me hope and excitement to keep going, keep learning.”

Robertson says she gets a lot of her beauty inspiration from YouTube, where she finds new products and reviews from people with similar coloring. "You can find someone that emulates your skin tone or texture,” she says. Some of her current favorites include: Fenty Match Stix Trio in Light ($54), Hourglass Ambient Lighting Edit Volume 3 palette ($80), and the Huda Beauty Desert Dusk Eyeshadow Palette ($65). And Fenty #110 foundation, obviously.

Like many women with albinism, Robertson's hair and eyebrows are blonde. “I remember girls coming up to me like, ‘Oh, I didn’t know you had eyebrows, I didn’t know you had eyelashes!'" she says. "Sometimes to stop that confusion, I’ll go get an eyebrow pencil and just shade them in a little darker. I use mascara also just to say, ‘Hey, they’re there.’” Her picks: Maybelline New York Eye Studio Master Shape Brow Pencil in Blonde ($7) and virtually any Maybelline mascara in black.

"One girl wrote me and told me that one of her friends who is albino was getting spray tans," says Robertson. She's tried similar self-tan products on herself, but now she's all about embracing her own unique skin. “A lot of people do things to try to blend in, and I feel like we should do what we love, but don’t do it to the point where we’re changing who we are as individuals. We should be ourselves.” 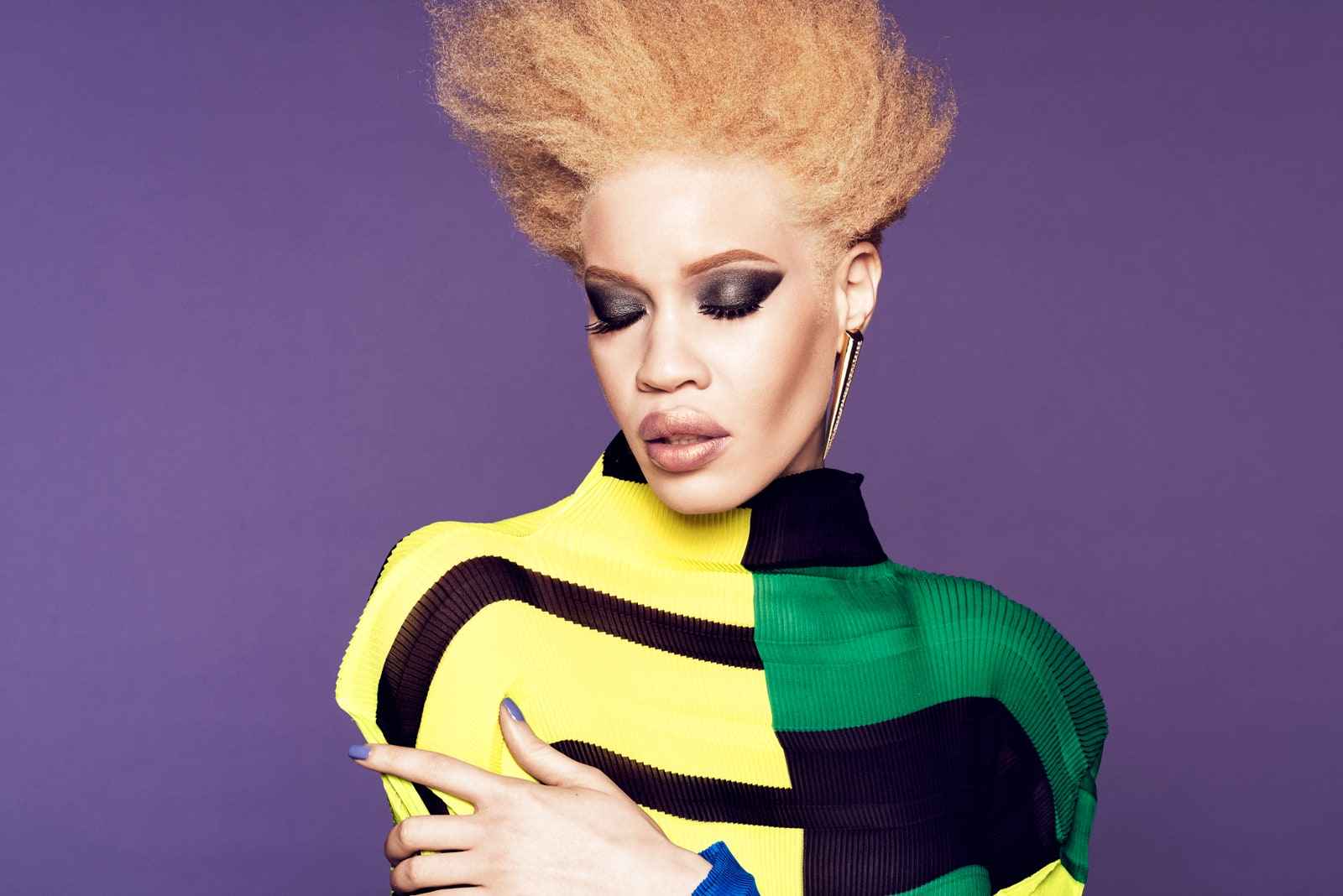 Even as a professional in the beauty world, Diandra Forrest, a model with albinism, has long struggled to find products that work for her. “For a while I couldn’t find any makeup to match my skin tone. I was always mixing and matching things, and you never get the same color every time,” Forrest tells SELF. “While working as a model, there were definitely times when products were too dark or too light and didn’t match up."

Then she became a spokesmodel for Wet n Wild. "I was able to find my perfect foundation match"— Wet n Wild Mega Cushion Foundation in Light Ivory ($9). She likes that it's SPF 15, because with little or no melanin in their skin, people with albinism are very sensitive to sun exposure.

Forrest’s go-to makeup artist, Tatiana Ward, tells SELF that when doing the model's makeup, she typically uses NARS Sheer Glow Foundation in the shade Siberia ($47) and MAC Studio Fix concealer in shade NC15 ($21) to add uniformity to the skin. Being that Forrest’s hair is strawberry blonde, Ward fills in her eyebrows with both a red and a brown pencil, and finishes the makeup look with either a black or brown mascara on set depending on the shoot.

“Every girl just wants to feel beautiful,” says Forrest. “There wasn’t a market for albinism in the beauty industry before, but now I think there is. The market is now saying there’s a place for everyone, and now we finally have a lane.” She hopes that the trend toward inclusivity in the industry continues. “To see the same kind of look over and over again, and not have representation for all people in the world is not fair. I think diversity needs to be a staple in brands instead of a ‘for the moment’ kind of a thing.”

Growing up in Hong Kong and then Sweden, model Connie Chiu never met anyone who looked like her. “People in general in Hong Kong back in the '70s didn't know much about albinism,” she tells SELF. She knew that her looks set her apart from other people, but she never felt different, even when people tried to tell her that she was.

When applying her own day-to-day makeup at home, Chiu likes to keep things simple and as natural looking as possible. Some of her staple products include: Estee Lauder The Mattifier primer ($36), Bobbi Brown Skin Foundation SPF 15 in Alabaster ($50), and No7 Stay Perfect Lip Lacquer in Coral Dream (similar product here ). She doesn’t always wear mascara, but when she does, her favorite is Lancôme Définicils High Definition Mascara in Black ($28). When her skin is irritated or sunburned, Chiu uses Elizabeth Arden Eight Hour Cream ($22).

Chiu loves not wearing makeup as much as she loves wearing it. “I enjoy makeup when, for example, modeling for a magazine shoot. It's like playing a part, being a different person. But in private, I feel most natural and happiest after a shower—naked and without a trace of makeup,” she says.

“Trends and beauty ideals come and go," she adds, "but if you are happy with the way you look, no one can take that away from you.”